Though I’m a software engineer by training, I didn’t need to need to think up any complex code to get the word out. For me, there were no self-effacing meetings with angel investors, and certainly no internet scouring for an interested community.

But the interest was there. I was able to harness it — along with the attention of over 2 million developers, and I did so with Stack Overflow.

What started out as a hobby — answering developers’ questions on the online platform — became my career and company. Answering a question about IP address location, I included a link to the software I had built as a side-project, one I created with no intention of selling for-profit. My response garnered the attention of thousands of developers eager to know more. 99 questions answered later, and IPinfo is now a familiar name to more than 2 million developers.

In this article, I’ll show you how you can also attract the attention of millions of developers, establish a far-reaching interest in your product, and do it all with the help of Stack Overflow, Hacker News, and Reddit.

Though the channel (Hacker News/Stack Overflow/Reddit/etc.) that you use to connect with developers is going to differ based on the kind of product you have, there are general meta-techniques you should use everywhere.

Ryan Hoover of Product Hunt offers us an important example of these techniques — and how to use them effectively. His experience launching Product Hunt teaches us the importance of engaging with people directly, especially as early adopters.

For this reason, his is the story of grassroots support done well.

Though he had a pretty substantial background in product management, like me, Ryan at first had no intention to capitalize on his product idea. Always interested in cool new products, Ryan compiled a contact list of founders, investors, and startup friends he was closest with. Every day, members would get email blasts about interesting, new products in the startup and tech world.

Though Ryan wasn’t quite sure what to expect, member feedback was overwhelmingly positive. Ash Bhoopathy, an entrepreneur at Sequoia Capital, messaged Ryan, saying that this was a “fun experiment” and that “he’d been wondering why something like this hasn’t existed on a larger scale” because “it’s probably the PM/growth dude’s best replacement for ‘Dribbble’ for collecting inspiration.”

Within weeks, over 170 members had joined his Linkydink group, eager to get a pulse on the products being shared. This auspicious start was a telling indicator of the success Ryan and his idea would continue to experience.

Once transforming the group into an actual website and online sharing platform, Ryan saw a huge upsurge in traffic to his site (as shown in the logarithmic graph below).

The site’s growth isn’t only due to Ryan’s relationships with important influencers, however. It’s also due to Ryan’s ability to meaningfully connect with others online — that is to do so in a way that gets them interested in him and his product. Before the site launched, Ryan took to the Twitter universe to personally thank anyone who tweeted one of his articles — and at the same time invited them to follow his personal blog.

Over the course of a year, Ryan tweeted over 1,300 personal thank-you notes and invites to his blog. Between the time Ryan started using this technique and when he launched Product Hunt, he had tripled his followers, from 1,219 to 3,389.

Because Ryan was able to foster meaningful relationships with others online, he also helped create the perfect conditions for launching his site. Indeed, Product Hunt’s growth is not only due to the fact that Ryan knew important people, but because he made people feel important.

Let’s start with the platform most beneficial to me: Stack Overflow.

The platform describes itself as a place for developers to “learn, share their knowledge, and build their careers.” Indeed, you can use it for all three purposes. Of most importance to this article (and perhaps your career), however, is the last.

That’s because Stack Overflow gives you access to a community of millions of developers, all of whom are looking for answers to their problems.

You can give them the answers they need.

One way to do so is by gauging what developers don’t have — and then giving it to them. Stack Overflow allows you to get at the heart of what developers want. That’s in part because you don’t need to sift through endless, meaningless chit-chat threads. Stack Overflow features the questions asked most — as well as the answers rated most-highly by its users.

By simply perusing these questions/answers, you can get a pulse on what the developer community is interested in and whether these needs align with your own expertise and products. If you’re able to answer in the affirmative, you can give them what they want: like me, you can answer their questions with links to your own work. If your product addresses their need, developers will recognize your answer for what it is: a helpful resource — not an attempt at sleazy marketing.

Once you’ve satisfied one user, you’re golden. That’s because they — and other users who read your response — will upvote your answer. These upvotes will cause your answer to be featured on the website. As long as you can continue to provide high-quality answers, you’ll come to be viewed as a valuable resource. You’ll receive more questions — more opportunities to give the community what they want — and you’ll gain the online cred needed to spark and expand attention to you and your product.

There are other sites that can help you establish and expand your online presence to developers. Below, we’ll take a look at two of the most helpful: Hacker News and Reddit.

Like Stack Overflow, Hacker News has a lot to do with “learning, sharing knowledge, and building careers.” In fact, the main key difference between the two sites is that one is geared towards developers, and the other towards anyone in the tech/start-up field. Along with this difference comes Hacker News’s commitment to discussing anything and everything that “gratifies one’s intellectual curiosity” — not only questions important to developers.

The rules are simple: ask interesting, relevant questions, don’t use weird punctuation, and be courteous.

Once you’ve gotten that down, you’re free to engage with or start any conversation you’d like. If you’re doing it well, you’ll be attracting, establishing, and ultimately growing a base of people who know and care about who you are.

Perhaps just as important, they’ll care about your product.

You can start to make this happen by sharing your own content. Though I developed a reputation in the developer world by answering questions, this might not be the best approach to take on Hacker News. That’s because it is a news site — for everyone in tech/startup. Because the audience (comprised of more than 120,000 users) is looking for relevant, helpful news, you can best address this need by giving them what they want: news.

The key is making sure your articles align with you and your product — without coming off as spammy or inauthentic. Alex Blom, a Hacker News subscriber, was shocked to see a significant uptick in the number of views his posts were getting — growth that happened only after he started posting his own, original content. In his own words, Alex had “been a reader and occasional commenter on HN for some time but had never considered putting any of [his] articles into the feed. Now [he’s] glad [he] tried!”

Of particular importance to Alex’s story are his upvotes. Maximizing upvotes on your own comments and content should be a priority. Once people start picking up, commenting on, and upvoting your content, you’re going to need them to keep the upvotes flowing. There are a few ways you can do this. If your product has its own blog, you can embed an option for readers to share your content on Hacker News. Shareaholic is just one resource offering a Wordpress plugin to get this job done. All readers will have to do is click on the Hacker News icon next to your article and voila! Your article has been shared and you’re on your way to growing a more recognized and respected name and product.

You can continue to do so with Reddit. Let’s find out how.

If you’re trying to attract developers’ attention, you’re going to also need to give Reddit the attention it deserves. Though the site is often associated with obscure (and sometimes snarky) conversation threads, with seemingly little relevance to developers and business owners, it’s actually a great place to garner a respected, online presence.

That’s because, now with 234 million users, Reddit is the 7th most used website. Here’s how you can make those stats work for you.

Reddit can also help you build your online rapport by making you look super smart — that is, if you only contribute to subreddits you are an expert on. These subreddits, or sub-groups specialize in nearly any topic. Once you’ve found the group you can speak intelligently on, follow-through. You can replicate my approach and answer user questions or instead pose your own. Rather than make meaningless contributions to groups you know little about, speaking on topics center to your career and product will differentiate you from others — and will please your group members.

Once you’ve gotten their attention, they’ll do either one or both of two things: 1) upvote your comments/posts and/or 2) seek you out for your advice in the future. Both responses are great for you, your product, and your growing online influence with developers and people-who-matter in the tech/startup world.

Notice that both approaches to boosting your presence on Reddit require you to engage meaningfully with users online. Though “meaningfully” is a buzz word thrown around too often, there are some CEOs and founders that shed light on what it means in their interactions with others online, all of which helped make them the tech giants they are today.

How to Tie it Together

My own and Ryan’s successes don’t exist in a vacuum. We didn’t accomplish the impossible or have to navigate the obstacles of start-up purgatory. We used accessible, easy tactics to build an online presence. We made people feel heard, addressed their needs or concerns, and did so to encourage them to listen to us.

You can do the same thing. Just don’t forget to include me once you do.

IPinfo is a comprehensive IP data and API provider with flexible pricing plans to meet your business needs. We handle billions of API requests per month, serving data like IP geolocation, ASN, mobile carrier, and hosted domains. Sign up for a free account or contact our sales team to learn more. 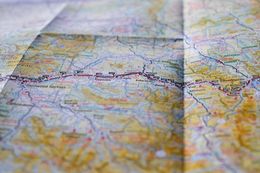 Taking on Google, catering to developers and building a location API business

How to Use an IP Address to Help Build Lifelong Customers