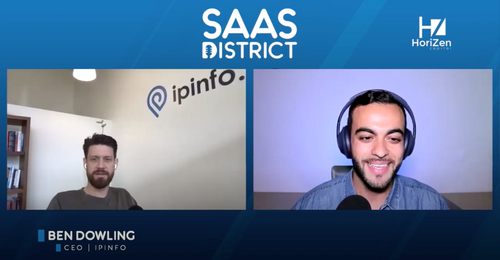 Bootstrapping a Startup: from Side Hustle to Success

Our founder Ben Dowling was recently a guest on the SaaS District podcast. He and host Akeel Jabber discussed a number of topics, including why Ben decided to bootstrap IPinfo, the pros and cons to bootstrapping, and his advice to anyone considering it for their own startups. You can listen to the full episode here.

Why did you make the decision to bootstrap IPinfo instead of seeking investor capital?

I think some of that comes back to my history with Geomium. I founded that company in London in 2009 after leading the tech team at another startup. We launched a mobile app that got a bunch of good reviews and had some early traction. But, we never found any sort of business model for it and we never reached a breakout level of traction for consumer startups. We raised a very small amount of seed funding, and it was enough to pay the rent for six months, but then it ran out. The credit card debt was racking up, and then we were stuck. We had to find contracting and consulting gigs. Now, if we could have had more time, I think we could have potentially made something of it.

I learned a lot through that process and the one thing I've not done with IPinfo is set a time limit on it. I haven’t said, “I'm going to spend six months and see if we can make it successful, and if not, I have to go do something else.” That way, there’s an infinite runway and the expectations can change as the business evolves. There’s no runway or time box where we’ve got 12 months to get the traction to a certain level or be faced with the decision to sell the business or close it down.

We have the flexibility to say, “We want to get to ideally to this level in 12 months, but if it takes two years fine. If it takes six months, great”. I think being bootstrapped just gives us full freedom to figure out what the right pace is for us and what markets we want to explore. We can basically test out any direction we want, because there’s no external time pressure. We've got complete control of our destiny.

With your experience at both venture-backed and bootstrapped startups, what advice would you offer to other founders?

One thing to consider about bootstrapping is that it just takes a lot longer. IPinfo was a side project for many years without me spending much time on it. You just have to be much more patient. I also think you have to plant the seeds earlier. I'd worked on a bunch of different side projects before IPinfo. I had big ambitions for many of them that never became anything. So for IPinfo, I thought, hey, this API would be useful, but I don't know if it will be a business, and it took time but it turned out to be a great one. It’s important to know that a bootstrapped startup could take years before it gets to a point where it could be a business or generate revenue, and be open to experimenting and trying a lot of different things you're interested in.

The big benefit with raising capital is that it focuses you. You get to spend your full time on the business for 12 months, two years, or whatever your runway is. Founders raise money and then they can hire a bunch of really smart people. That can definitely increase your chances of making something successful, but it also ups the bar for where you need to get to -- When you reach the end of that runway, that could be it,  if you've not met the certain milestone. Then all of a sudden you’ve got to start from scratch again.

What I really like about the bootstrap approach is that it takes starting from scratch off the table. You may not grow as much as you hoped this year or over the next few years, but there's no starting from scratch. You can take your time on it, fix things that need fixing, and play for the long-term.  That’s the approach I took with IPinfo, and I don’t think we’ll ever raise capital, because we're profitable at this point. We’re growing at a solid pace and it’s not clear to me that an injection of capital would have necessarily changed our trajectory. We’re pretty happy with how things are.

An Insider’s Look at IPinfo: What It’s Like to Work with a (Fully) Remote Team

Starting a business? Set your sights on what really matters

Looking Back at 2020 with IPinfo 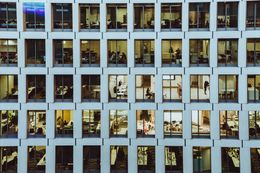 What firmographics can be gathered from IP address data

How to get IP geolocation in PHP with IPinfo API 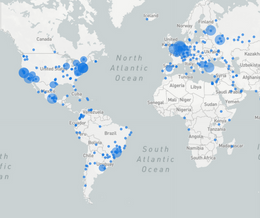