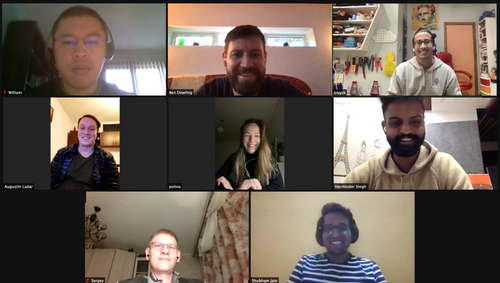 a year ago by IPinfo Team — 6 min read

IPinfo team: living on the different sides of the world

Traditions and cultural experiences - all memorable parts of any holiday season.

These memories, whether tied to holidays or not, are some of the most enriching parts of working with a remote team located around the globe. In fact, these learning experiences have become just as valuable as knowing the ins and outs of our product.

As we’ve shared our unique cultures with each other, we’ve become better communicators, we’ve grown in creative thinking, and we’ve also shared quite a few laughs along the way.

So without further ado, here’s an inside look into some of the most interesting, humorous, or eye-opening cultural nuances we’ve shared within our own remote team.

One of the things we’ve learned along the way is that Christmas isn’t the same for everyone. In Russia, for instance, it’s commonly celebrated on January 7th. This is because the Russian Orthodox Church follows the Julian calendar as opposed to the Gregorian calendar.

In Honduras, however, most family celebrations happen on Noche Buena - the night before Christmas. The festivities include everything from tamales to fireworks. Then right after the clock hits midnight, families often exchange presents.

And while Australians observe Christmas on December 25, the holiday comes during summer, not winter. Another fact you might not realize is that Australians celebrate Thanksgiving much like the United States. But instead of being on the last Thursday of November, it’s observed on the last Wednesday.

And then there’s Diwali. Traditionally celebrated in India during the months of October or November, the dates for the festival of lights vary based on the Hindu lunar calendar. These festivities last for five days and include everything from gift giving to fireworks.

In other words, our team has taught each other a lot about holidays and traditions. And as a remote team, we’ve had to develop some flexibility that allows team members to celebrate different national holidays.

While some countries and regions share similar customs, there are other cultural norms that have surprised some of us.

For instance, have you ever heard of a Bidet? Some of us hadn’t. For cultures that use toilet paper, the bidet (or bum gun as it’s frequently called) can be a shocker. Southeast Asian countries especially prefer this ecological method of bathroom hygiene.

Another surprise for some of us is how differing languages respond to simple questions like “How are you?” In the UK or US, you might get a short “I’m good. Thanks!” (even if they’re really not). But if you ask that same question in Russia, you may get the whole story of how they’re really doing.

Last but not least, let’s also talk about burping. In some cultures, an audible burp is offensive. But in Taiwan, the louder the better. In fact, it’s a sign of politeness, sending your compliments to the chef.

All this to say, sharing cultural nuances has provided us with some good laughs and some “Aha!” moments.

Do you know your geography?

Ken, one of our team members located in Australia, surprised us when he said he lives only a few hundred miles from the south pole. But even though he lives so close to the Antarctic Circle, they rarely get snow or ice.

On the other hand, a place like Texas that ranges from tropical to arid climates actually does have regions that get snow. The city of Amarillo, for instance, receives around 18 inches of snowfall every year.

Honduras also has some interesting geography that affects its politics. Did you know this country is considered a “Banana Republic”?

Because Honduras is fertile ground for bananas, companies like Chiquita and Dole grow most of their crops here. And since these businesses invest money into the country, they exhibit a lot of political sway.

Perhaps an obvious difference is the variety of food preferences. Here are some interesting ones we’ve discovered:

For starters, certain regions of the United States have food preferences unique to that area. The southern states, for instance, enjoy biscuits smothered in sausage gravy for breakfast.

And while this particular meal has since migrated to other regions of the US, other foods from the south still surprise many Americans. One such dish is grits.

Native Americans introduced this food to Jamestown settlers back in the 1600s. After drying corn, they then boiled the kernels in hot water to make mush. While normally served for breakfast, it’s now also served for dinner as shrimp and grits.

Then in Russia there’s liver cake. Made from chicken liver, it’s considered somewhat of a delicacy and is often served at events such as weddings. It’s savory and delicious. But needless to say, Russia is one of the few countries that serves liver cake.

However, other desserts such as Pavlova are disputed by a few countries. This meringue-based dessert is most likely named after a Russian dancer, but it’s a favorite in New Zealand and Australia (saying hi to Ken, our Australian team mate). However, nobody quite knows who gets to claim Pavlova.

In other words, there’s a lot to be said for the food around the world and our team gets to learn about these nuances on a regular basis trying to figure out what others are having for lunch.

Another facet of a globally remote company like IPinfo is that we work in many different time zones, and sometimes this can be a little confusing.

Someone might say, “I think so and so is out of the office tomorrow.” But what they might mean is that today is that person’s tomorrow, and he’ll actually be back tomorrow. It’s confusing. We know.

But as we’ve gotten used to each other’s time zones, we’ve become experts at working around these differences. For instance, a person located in the United States may need to connect with a teammate from Czechia and another teammate from Australia.

But depending on their work hours, they may only have two to three convenient hours that overlap for meetings, and that’s ok. Part of working with a globally remote company is learning to be flexible and communicate effectively despite the time differences.

We’ve also learned a lot about each other’s languages along the way. Our team often greets each other in different languages:

And still there are other language differences that influence the way we speak English! For instance, Slavic languages tend to use longer and more informative sentences. On the other hand, English sentences are often shorter and to the point.

But these language variations have taught us how to better communicate within our team and with customers around the world.

We’ve also learned that different words or phrases have a variety of connotations. As a remote team, recognizing this has helped us avoid miscommunication between ourselves and with customers.

From different cultural viewpoints, common terms or factual concepts sometimes look different. We’ve even seen that history can be taught differently, depending on the country.

Additionally, some traditions may seem to be tied to one country. But in reality, those cultural nuances may have originated somewhere else.

In short, working with a team located around the globe is a learning experience in itself. Broadening our horizons has helped us think more creatively, develop better teamwork, and enjoy rich cultural experiences along the way… without even leaving our home offices.

Merry Christmas and Happy New Year'2021 from the IPinfo team! Here's the half of us that managed to be on one call despite of being on 3 continents and in 8 different time zones. :)

Lessons from a Founder: want to grow your business? Listen to your customers!

An insider’s look at IPinfo: what it’s like to work with a (fully) remote team

Bootstrapping a startup: from side hustle to success 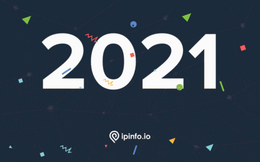 Looking back at 2020 with IPinfo

Domain rankings guide: how to find top websites and domains